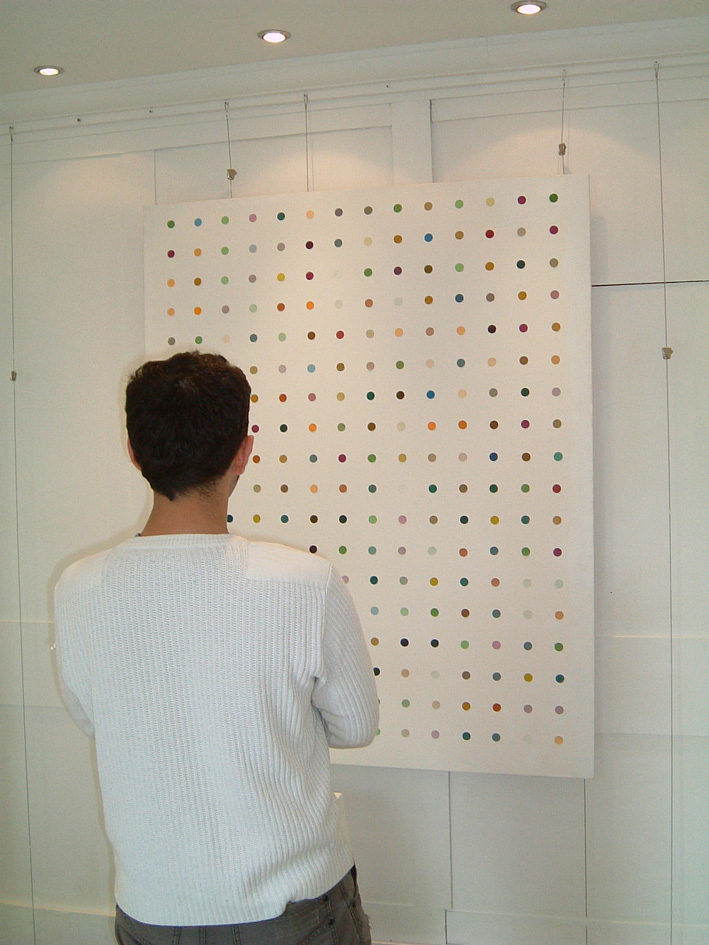 The purpose of this artwork is to lampoon Damien Hirst and his mass produced works which charade as works of art.

Damien Hirst has made many of his 'Dot Paintings' , where a white background supports a number of coloured circles painted so they form uniform rows/columns.These "artworks" have sold in auction and galleries for considerable amounts of money, their selling price far exceeds the material cost and the labour costs generated during their construction. One must ask the question why they sell, after all anyone who desperately wanted one of these "artworks" on their own wall could make one themselves in a couple of days with a financial output less than £100. The real answer can only be because of a proven record of his artworks increasing in price, consequently the purchaser is not purchasing a work of art but an investment.

A.Nonymous have made what appears to be a Hirst dot painting, but where Hirst's mass produced renditions are dots applied to canvas for the sake of asthetics, the A.Nonymous artwork has a hidden meaning, as all the applied coloured circles represent a word or punctuation and are laid to canvas so that a message can be read by deciphering the numerous dots to reveal a the following statement. 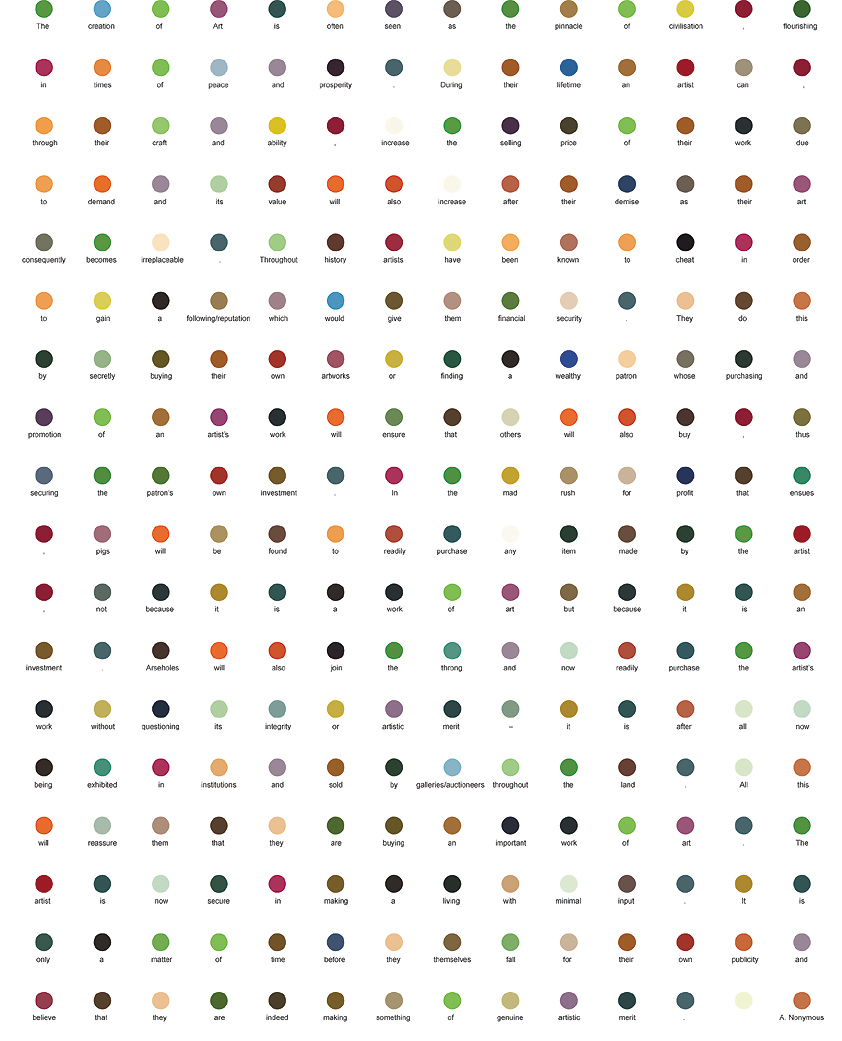 The Creation of Art is often seen as the pinnicale of civilisation, flourishing in times of peace and prosperity. During their lifetime an artist can through their craft and ability, increase the selling price of their work due to demand and its value will also increase after their demise as their art subsequently becomes irreplaceable. Throughout history artists have been known to cheat in order to gain a following/reputation which will give them financial security. They do this by secretly buying their own artworks or finding a wealthy patron whose purchasing and promotion of the artists work will ensure that others will also buy, this securing the patron's own investment. In the mad rush for profit that ensues, pigs will be readily found to any item made by the artist, not because it is a work of art but because it is an investment. Arseholes will also join the throng and now readily purchase the artist's work without questioning its integrity or artistic merit - it is after all now being exhibited in institutions and sold by galleries/auctioneers throughout the land, all this will reassure them that they are buying an important work of art. The artist is now secure making a living with minimal input. It is only a matter of time before they themselves fall for their own publicity and believe that they are making something of genuine artistic merit. (space) A.Nonymous

This 'Artwork' titled Pigs & Arseholes is available for purchase with the proviso that if re-sold any profit above the purchase price will be given to registered charity Rainforest Concern.

Back to Brentford Gallery home page